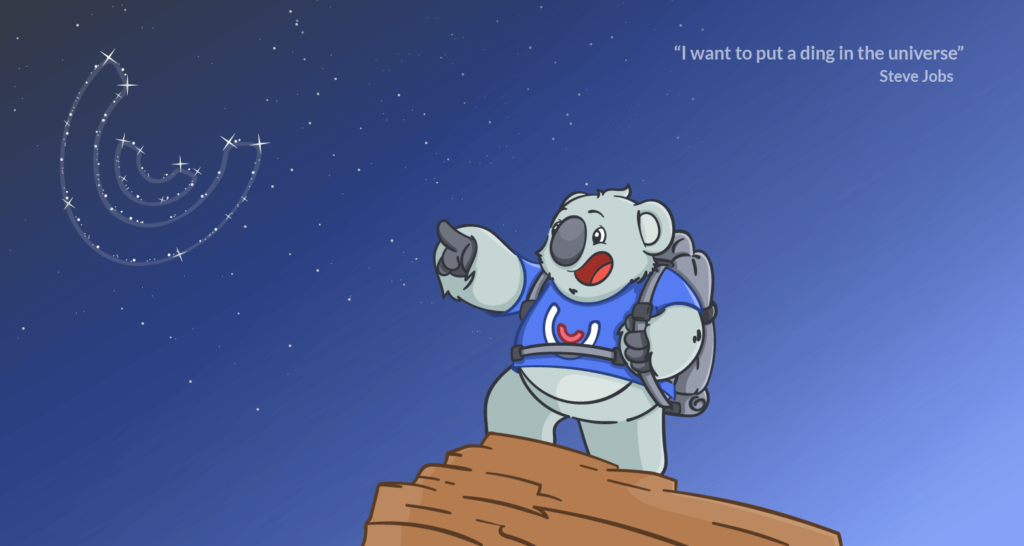 You certainly have already read or heard the phrase: “If you’re not embarrassed by the first version of your product, you’ve launched too late.” Well, I have to say that I’m afraid we have launched a little bit late. That’s because we are very proud of what we have done for this first version of the platform, but of course, we have cut off lots of desirable features which are going to be launched in the near future.

What do we do?

In summary, Umbler is an on-demand cloud hosting company built for agencies and devs. For this first version, we offer support to web apps, datastores, emails, and domains. 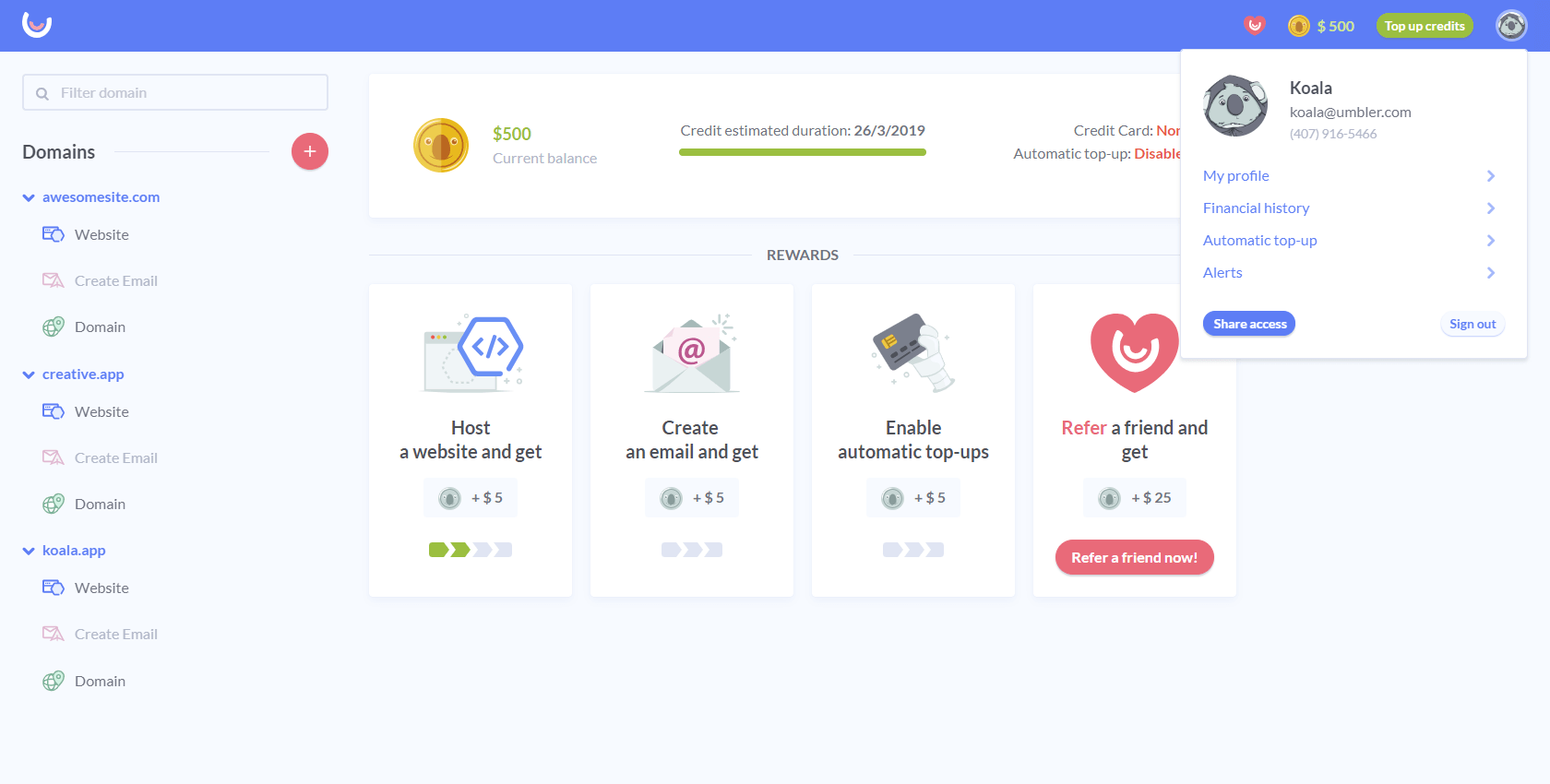 Not exactly! We invested a lot of effort into doing something really different from what already exists nowadays. While the current players are spreading their focus to anyone who has money, whoever they are, we concentrated all of our energy on agencies and devs needs. Everything we did so far and everything we have planned for the future was based on much research and feedback cycles from agencies and devs.

We all grasp that good feedbacks are the basis of significant enhancements in any relationship. We want to build our relationship with you as honest as possible and make it personal, for real. At this moment, we would like to count on you as part of the building process by sharing your valuable feedback to improve the platform fastly.
[cta-section.en-US]
Nowadays there are lots of hosting companies, so why did we create Umbler? We have decided to build Umbler by believing that:

How does Umbler stand out in the current web hosting scene? 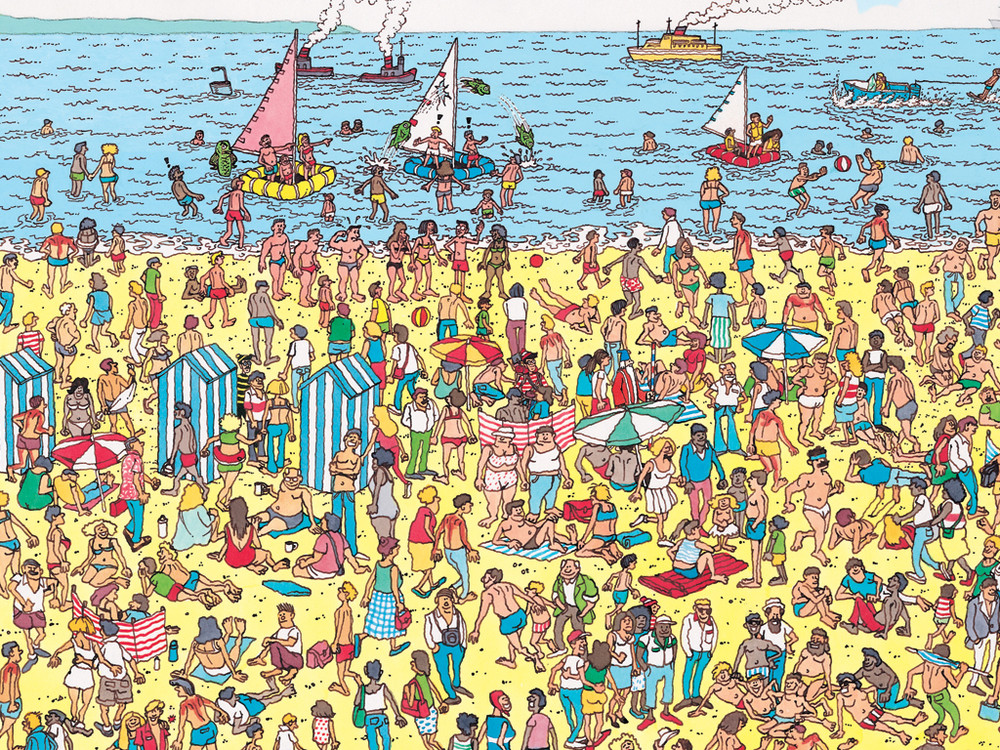 For some reason, everything is getting better and better, prettier and prettier, while most hosting providers persist aground in the last decade with their antiquated cPanel offerings and its weird webmail options. We really mind about UI and UX, they’re as essential for us as they’re for web designers and agencies. That’s why we have decided to design the whole experience from the scratch to make the service as simple, friendly, and pretty as possible. 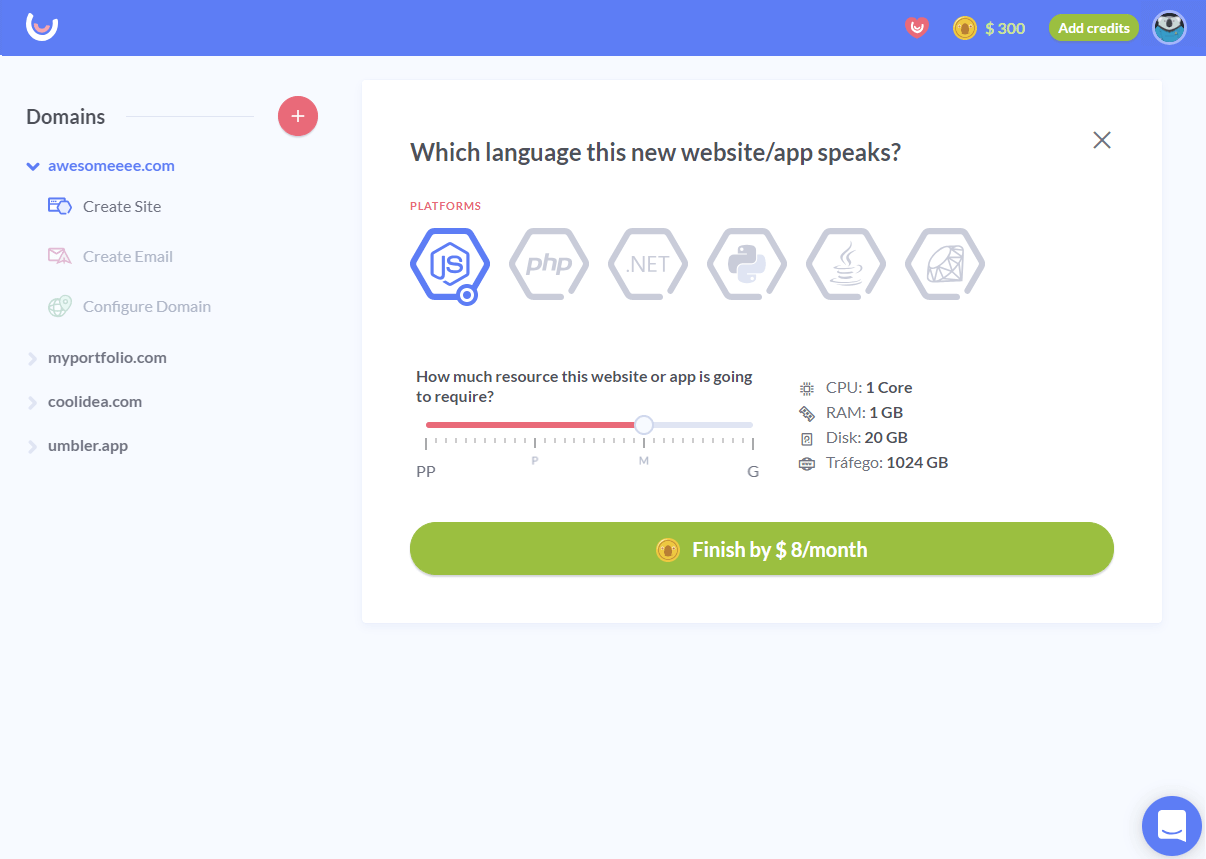 We believe that there’s an enormous gap between SaaS and IaaS to be filled. We want to fill this gap by addressing common troubles that PaaS’s users have to deal with, for example when they want to maintain a simple WordPress website working fine; at the same time, we are going to give great deployment and CI options for custom web apps which this kind of service usually offers.

To talk a little about some cool tech stuff, performance, security, and stability are that kind of things that we don’t see, but it’s probably the most crucial part of any hosting service. To address these concerns we have designed the architecture to run your web apps and databases in dedicated containers using the reliable Google Cloud’s infrastructure. In the diagram below, you can get a better idea of how it works under the hood, what is already done and what is going to be available soon. 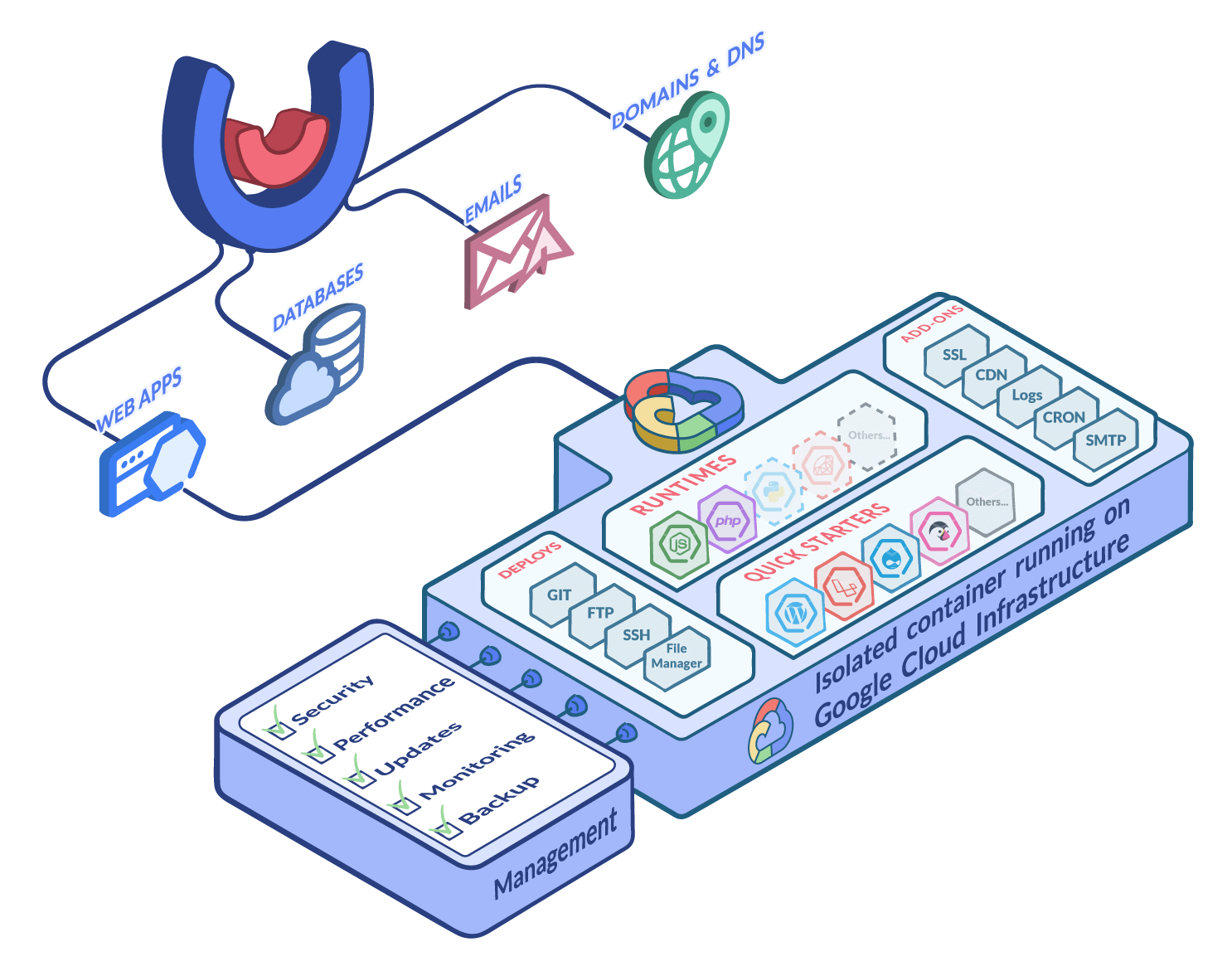 We are really excited about the roadmap for the future! Things like support for different runtimes and databases, and some innovations to help agencies and devs make more money are just a bit of what is planned. But, better than know that, is to make the things happen so we’d like to count on you to give us a try and to become part of the early adopters who will help to build the best cloud hosting ever!